William Curry is a serious, sober climate scientist, not an art critic. But he has spent a lot of time perusing Emanuel Gottlieb Leutze’s famous painting “George Washington Crossing the Delaware”, which depicts a boatload of colonial Ameri­can soldiers making their way to attack English and Hessian troops the day after Christmas in 1776. “Most people think these other guys in the boat are rowing, but they are actually pushing the ice away,” says Curry, tapping his finger on a reproduction of the painting. Sure enough, the lead oarsman is bashing the frozen river with his boot. “I grew up in Philadelphia. The place in this painting is 30 min­utes away by car. I can tell you, this kind of thing just doesn’t happen anymore.”

But it may again soon. And ice-choked scenes, similar to those immortalised by the 16th-century Flemish painter Pieter Brueghel the Elder, may also return to Europe. His works, including the 1565 masterpiece “Hunters in the Snow”, make the now-temperate European landscapes look more like Lapland. Such frigid set­tings were commonplace during a period dating roughly from 1300 to 1850 be­cause much of North America and Europe was in the throes of a little ice age. And now there is mounting evidence that the chill could return. A growing number of scientists believe conditions are ripe for another prolonged cooldown, or small ice age. While no one is predicting a brutal ice sheet like the one that covered the Northern Hemisphere with glaciers about 12,000 years ago, the next cooling trend could drop average temperatures 5 degrees Fahrenheit over much of the United States and 10 degrees in the Northeast, northern Europe, and northern Asia.

“It could happen in 10 years,” says Terrence Joyce, who chairs the Woods Hole Physical Oceanography Department. “Once it does, it can take hundreds of years to reverse.” And he is alarmed that Americans have yet to take the threat seriously.

A drop of 5 to 10 degrees entails much more than simply bumping up the thermo­stat and carrying on. Both economically and ecologically, such quick, persistent chilling could have devastating consequences. A 2002 report titled “Abrupt Climate Change: Inevitable Surprises”, produced by the National Academy of Sciences, pegged the cost from agricultural losses alone at $100 billion to $250 billion while also predicting that damage to ecologies could be vast and incalculable. A grim sampler: disappearing forests, increased housing expenses, dwindling fresh water, lower crop yields, and accelerated species extinctions.

The reason for such huge effects is simple. A quick climate change wreaks far more disruption than a slow one. People, animals, plants, and the economies that depend on them are like rivers; says the report: "For example, high water in a river will pose few problems until the water runs over the bank, after which levees can be breached and massive flooding can occur. Many biological processes undergo shifts at particular thresholds of temperature and precipitation.”

Political changes since the last ice age could make survival far more difficult for the world's poor. During previous cooling periods, whole tribes simply picked up and moved south, but that option doesn't work in the modern, tense world of closed borders. "To the extent that abrupt climate change may cause rapid and ex­tensive changes of fortune for those who live off the land, the inability to migrate may remove one of the major safety nets for distressed people,” says the report.

But first things first. Isn't the earth actually warming? Indeed it is, says Joyce. ‘ In his cluttered office, full of soft light from the foggy Cape Cod morning, he explains how such warming could actually be the surprising culprit of the next mini-ice age. The paradox is a result of the appearance over the past 30 years in the North Atlantic of huge rivers of fresh water - the equivalent of a 10-foot-thick layer - mixed into the salty sea. No one is certain where the fresh torrents are coming from, but a prime suspect is melting Arctic ice, caused by a build-up of carbon dioxide in the atmosphere that traps solar energy.

The freshwater trend is major news in ocean-science circles. Bob Dickson, a Brit­ish oceanographer who sounded an alarm at a February conference in Honolulu, has termed the drop in salinity and temperature in the Labrador Sea - a body of water between northeastern Canada and Greenland that adjoins the Atlantic - "arguably the largest full-depth changes observed in the modern instrumental oceanographic record”.

The trend could cause a little ice age by subverting the northern penetration of Gulf Stream waters. Normally, the Gulf Stream, laden with heat soaked up in the tropics, meanders up the east coasts of the United States and Canada. As it flows northward, the stream surrenders heat to the air. Because the prevailing North Atlantic winds blow eastward, a lot of the heat wafts to Europe. That’s why many scientists believe winter temperatures on the Continent are as much as 36 de­grees Fahrenheit warmer than those in North America at the same latitude. Frigid Boston, for example, lies at almost precisely the same latitude as balmy Rome. And some scientists say the heat also warms Americans and Canadians. “It’s a real mistake to think of this solely as a European phenomenon," says Joyce.

Having given up its heat to the air, the now-cooler water becomes denser and sinks into the North Atlantic by a mile or more in a process oceanographers call thermohaline circulation. This massive column of cascading cold is the main engine powering a deep-water current called the Great Ocean Conveyor that snakes through all the world’s oceans. But as the North Atlantic fills with fresh water, it grows less dense, making the waters carried northward by the Gulf Stream less able to sink. The new mass of relatively fresh water sits on top of the ocean like a big thermal blanket, threatening the thermohaline circulation. That in turn could make the Gulf Stream slow or veer southward. At some point, the whole system could simply shut down, and do so quickly. “There is increasing evidence that we are getting closer to a transition point, from which we can jump to a new state.”

The secret of the Yawn

A When a scientist began to study yawning in the 1980s, it was difficult to convince some of his research students of the merits of "yawning science." Although it may appear quirky (诡异), his decision to study yawning was a logical extension to human beings of my research in developmental neuroscience, reported in such papers as "Wing-flapping during Development and Evolution. "As a neurobehavioral problem, there is not much difference between the wing-flapping of birds and the face- and body-flapping of human yawners.

B Yawning is an ancient, primitive act. Humans do it even before they are born, opening wide in the womb(子宫) . Some snakes unhinge their jaws to do it. One species of penguins yawns as part of mating. Only now are researchers beginning to understand why we yawn, when we yawn and why we yawn back. A professor of cognitive neuroscience at Drexel University in Philadelphia, Steven Platek, studies the act of contagious yawning, something done only by people and other primates.

C In his first experiment, he used a psychological test to rank people on their empathic(感情嵌入的) feelings. He found that participants who did not score high on compassion did not yawn back. "We literally had people saying, 'Why am I looking at people yawning?"' Professor Platek said. "It just had no effect."

D For his second experiment he put 10 students in a magnetic resonance imaging machine as they watched video tapes of people yawning. When the students watched the videos, the part of the brain which reacted was the part scientists believe controls empathy --- the posterior cingulate (皮层) , in the brain's middle rear. " I don't know if it's necessarily that nice people yawn more, but I think it's a good indicator of a state of mind," said Professor Platek. "It's also a good indicator if you're empathizing with me and paying attention."

E His third experiment is studying yawning in those with brain disorders, such as autism and schizophrenia, in which victims have difficulty connecting emotionally with others. A psychology professor at the University of Maryland, Robert Provine, is one of the few other researchers into

yawning. He found the basic yawn lasts about six seconds and they come in bouts with an interval of about 68 seconds. Men and women yawn or half-yawn equally often, but men are significantly less likely to cover their mouths which may indicate complex distinction in genders." A watched yawer never yawns," Professor Provine said. However, the physical root of yawning remains a mystery. Some researchers say it's coordinated within the hypothalamus (下丘脑) of the brain, the area that also controls breathing.

F Yawning and stretching also share properties and may be performed together as parts of a global motor complex. But they do not always co-occur --- people usually yawn when we stretch, but we don't always stretch when we yawn, especially before bedtime. Studies by J. I. P , G. H. A. Visser and H. F. Prechtl in the early 1980s, charting movement in the developing fetus using ultrasound, observed not just yawning but a link between yawning and stretching as early as the end of the first prenatal trimester (预产期) .

G The most extraordinary demonstration of the yawn-stretch linkage occurs in many people paralyzed on one side of their body because of brain damage caused by a stroke. The prominent British neurologist Sir Francis Walshe noted in 1923 that when these hemiplegics yawn, they are startled and mystified to observe that their otherwise paralyzed arm rises and flexes automatically in what neurologists term an "associated response." Yawning apparently activates undamaged, unconsciously controlled connections between the brain and the cord motor system innervating the paralyzed (瘫痪的) limb. It is not known whether the associated response is a positive prognosis for recovery, nor whether yawning is therapeutic for reinnervation (再生) or prevention of muscular atrophy.

H Clinical neurology offers other surprises. Some patients with "locked-in" Syndrome, who are almost totally deprived of the ability to move voluntarily, can yawn normally. The neural circuits for spontaneous yawning must exist in the brain stem near other respiratory and vasomotor centers, because yawning is performed by anencephalic (无脑畸形) who possess only the medulla oblongata (脊髓延髓). The multiplicity of stimuli of contagious yawning, by contrast, implicates many higher brain regions.

Complete the Summary paragraph described below. In boxes 28-32 on your answer sheet, write the correct answer with No MORE THAN THREE WORDS.

A psychology professor drew a conclusion after observation that it takes about six seconds to complete an average yawing which needs .........28........before a following yawning comes. It is almost at the same frequency that male and female yawn or half, yet behavior accompanied with yawning showing a ......29.. ....in genders. Some parts within the brain may affect the movement which also have something to do with ... ...30...... . Another finding also finds there is a link between yawn and ......31...... Before a baby was born, which two can be automatically co-operating even among people whose .......32...... is damaged.

33 The rate for yawning shows some regular pattern.

34 Yawning is an inherent ability that appears in both animals and humans.

35 Stretching and yawning are not always going together.

36 Yawning may suggest people are having positive notice or response in communicating.

Do the following statements agree with the information given in Reading Passage 3?

TRUE if the statement is true

FALSE if the statement is false

NOT GIVEN if the information is not given in the passage

38 Several students in Platek' s experiment did not comprehend why their tutor ask them to yawn back.

39 Some results from certain experiment indicate the link between yawning and compassion.

40 Yawning can show an affirmative impact on the recovery from brain damage brought by a stroke. 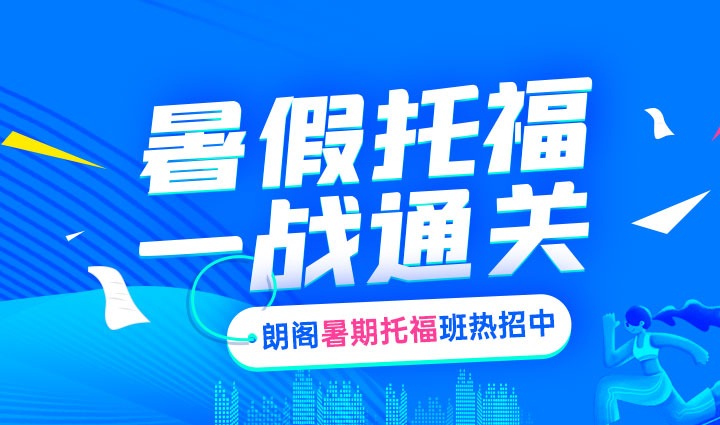 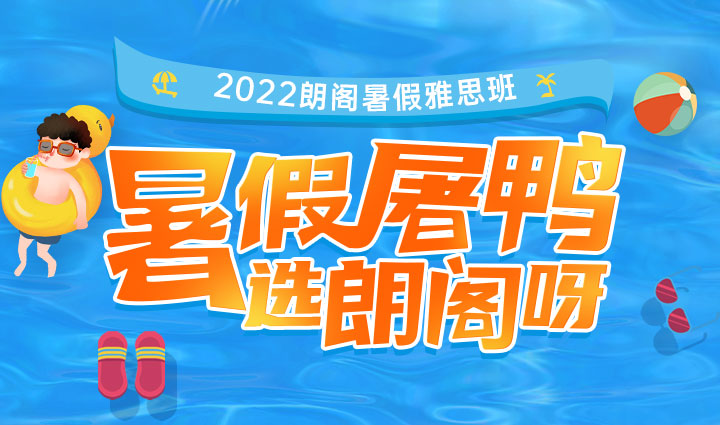